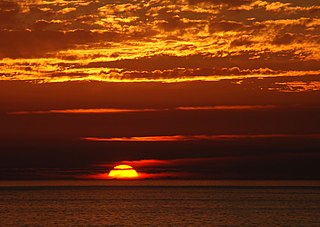 The ancient 'Seven Deadly Sins' with its message of virtuous moderation has much to offer the equally ancient practice of being a landlord.

There is a lot that makes landlords wrathful.
Why, just last month:
As I write this, I frown. I grit my teeth. My breath and heart move faster. I remember how my already low expectations have been betrayed yet again. Surely I'm outraged for good reason?


All religions have trouble condemning anger wholesale. Anger can be destructive, but it can motivate people to right wrongs. To Dante, wrath was a perversion of the love of justice. The difficulty is in knowing when anger spills over into wrath.

According to Catholic Church Catechism 2302, neutral anger becomes wrath when it is:
So when I:
A good question to ask when distinguishing righteous anger from unrestrained wrath is, "Is my anger leading me to fix the problem?"
Or is it in fact:
Anger not constrained to the present is probably wrath, which tends to overdo retaliatory and precautionary measures.


The Effects of Wrath

That's because over-confidence is one side-effect of anger. In modern studies of anger, scholars have found that it also leads to (often unwarranted) optimism, an over-estimation of oneself, and increased risk-taking.

There has been more science done on wrath than any other sin, resulting in more practical theories, discoveries, and techniques than are covered in this post. Particularly mind-blowing are findings that the angry are prone to blaming others and using correspondence bias (e.g. stereotypes) in that blame. Does bigotry lead to anger when events seemingly reinforce stereotypes, or does pre-existing anger predispose one to bigotry?

One root cause of wrath is a mismatch between expectations and outcomes. In particular, what we expect of others and what they end up doing. It is very easy to take the high expectations placed on ourselves and project them onto others, setting ourselves up to get very angry indeed.

Frustration over double standards should resonate with landlords. Owners of investment property don’t generally get there by accident. They tend to be outliers in having their act together, exercising a calculated discipline probably inculcated since childhood. They then have to rely upon - and be reminded daily of - people who get along just fine being comparatively impulsive and unreliable.

Do you know who else is impulsive and unreliable? Children. What jars me quickest out of my wrath is to picture the offender as a child. We see a young person destroying our possessions differently than we would a full grown adult doing the same. This can also remind us of when we were given leniency, perhaps by others who saw the child in us.

Seneca proposed staying our judgement until hearing the full story. Since all I know of incidents is what I receive in emails, this reminds me to guard against letting my mind fill in the gaps.

Galen supported finding a more experienced anger mentor to share with and draw advice from. I find many property managers perform this role exquisitely. They see the worst of residential tenancy and can always persuade me that what just happened to my property does not herald the end of civilisation.

"I'm not angry, I'm just …" is a bad idea, according to both science and experience.

If the anger is too great to slow, but too dangerous to suppress, I've found redirection can help. This does not mean kicking the cat or breaking tableware. Rather, theologians Henri Nouwen and Georges Beranos suggest blaming God. After all, such scapegoating was what Jesus Christ was sent to suffer.

My favourite method is to wade knee-deep into the ocean and scream at the sunset. Occasionally, I outlet enough to experience Nouwen and Beranos' secondary benefit: wonder at creation's infinite absorptive capacity.

Most times I just get less angry, and - perhaps for a critical moment - no longer wrathful.